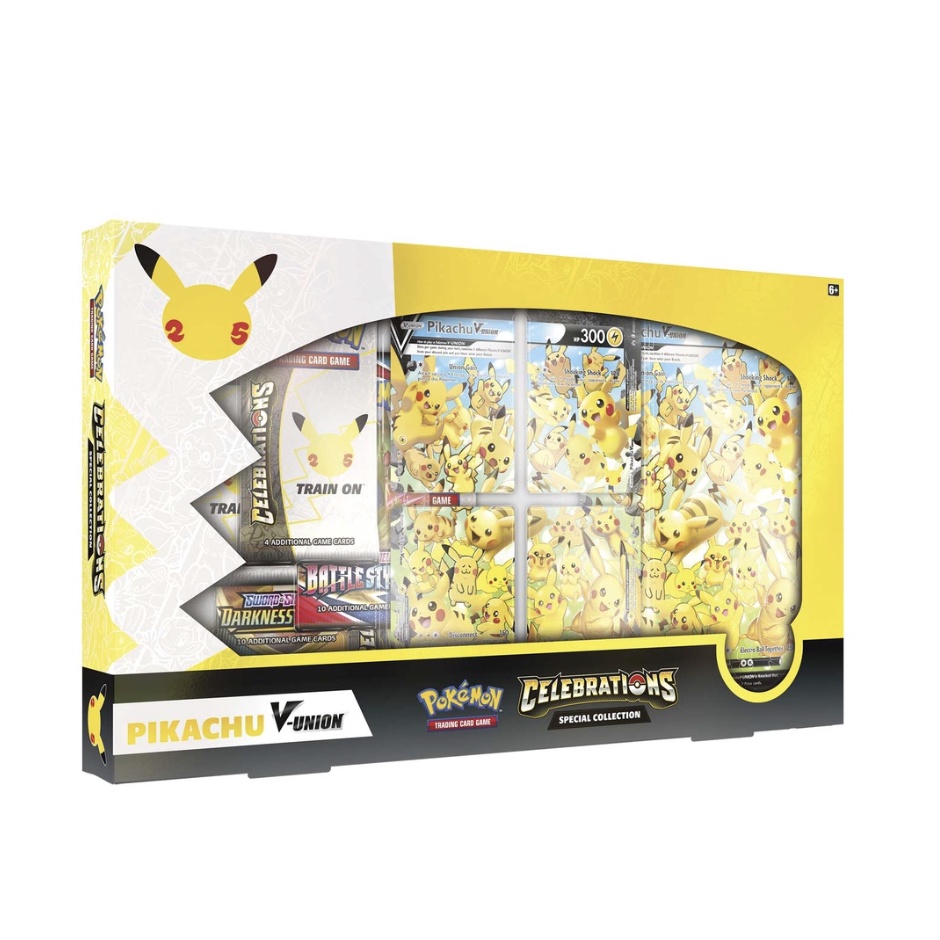 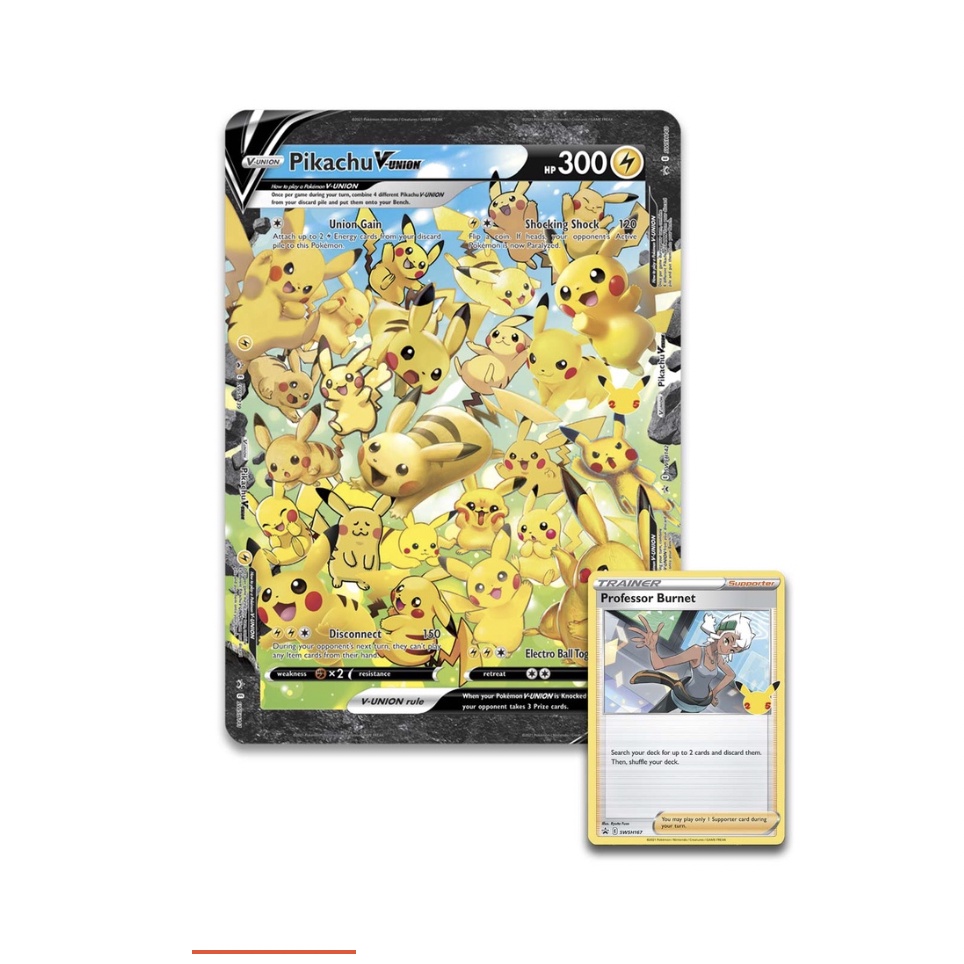 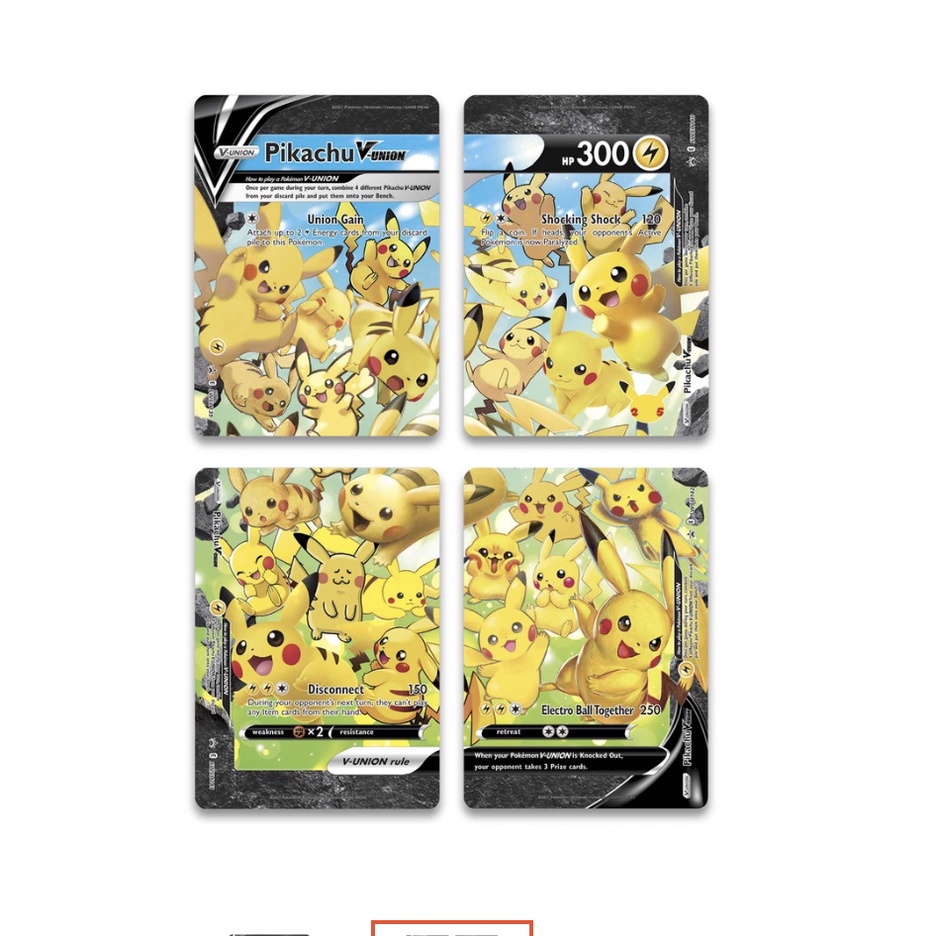 Pikachu is commemorating 25 Years of Pokémon in a big way in this Pokémon Trading Card Game: Celebrations Special Collection. The star of this set is Pikachu V-UNION, a single powerful Pokémon divided into four cards. Of course, Pikachu V-UNION is technically a single Pokémon, but the card artwork, when assembled, actually features 25 Pikachu as drawn by 25 different artists!

To assemble Pikachu V-UNION during gameplay, you need to combine its four pieces from your discard pile. Once you've done that, it brings four awesome attacks and impressive HP into battle. To help with this, the Celebrations Special Collection—Pikachu V-UNION also includes a Professor Burnet Supporter card, which allows you to search your deck for up to 2 cards and discard them.

Celebrate some of Pokémon's greatest moments over 25 years of adventure, discovery, and friendship! The Celebrations expansion offers plenty to be excited about, including an opportunity to stroll down memory lane with classic Pokémon TCG cards. Add a joyous parade of Legendary, Mythical, and other beloved Pokémon to your collection, including Mew, Ho-Oh, Zamazenta, Flying Pikachu, and Surfing Pikachu.